Shipton takes the reins at Impro

Shipton takes the reins at Impro

South Africa witnessed the end of an era and the beginning of a new one about two years ago when ASSA ABLOY bought Impro Technologies. Fortunately the transition was smooth and Impro and its customers and users were able to continue as normal without any unpleasant surprises.

July 2017 saw the end of another era as Errol East steps aside as the MD of Impro. It also sees the start of a new era as ASSA ABLOY has appointed Mike Shipton to take over the reins as MD. Hi-Tech Security Solutions spoke to Shipton and East about the changes.

A history of innovation

The company East leaves behind has a long history of innovation, being one of the first, many years ago, to identify the importance of RFID technology in the access control market. East and his team steered the company through a variety of market changes and were right on target to go to market with new solutions when the access and identity market moved from card-based access to biometrics, cloud and mobile technologies – where Impro is again leading the field.

Impro has proven itself as a top-tier local manufacturer over the years with its own engineering and development team keeping the company ahead of the field. When the company decided to change its approach and move into the cloud space before the launch of Access Portal, Impro’s engineers and developers spent 18 months undergoing specialised training to ensure they were able to come up with solutions that encompassed the latest technology.

In addition to this, East says the deal with ASSA ABLOY has provided the team with access to intellectual property (IP) from the ASSA ABLOY stable (such as cloud, mobile and SEOS IP), which will assist it in future developments. The new owners will also be able to assist in the further expansion of Impro into Africa and beyond. The company currently exports to 60 countries around the world.

Despite Impro’s history of success, Shipton adds that more is yet to come. While reticent to talk about new products the company will be launching later this year and in 2018, he says Impro is in a good position to leverage its current technology in different areas. Access Portal, for example, is a data gathering platform used for access control at the moment, but it can be expanded into different areas to provide additional value to users – such as intrusion, CCTV, building management systems and more.

Shipton is well aware of the legacy of East and the team at Impro, and says he wants to keep the business operating with the norms and values of a family-run concern. Trust and innovation has always been a key element of the company and he intends to keep it that way.

He adds that the company has been run well and efficiently, making stepping into East’s shoes a little easier. He is also determined to keep Impro running as an independent brand going forward, and ASSA ABLOY is keen to support this endeavour while encouraging Impro’s expansion into Africa.

The company will be appointing partners in the region, and Shipton says the channel strategy of Impro will remain as is in South Africa where Powell Tronics, Elvey and Access & Beyond distribute the brand. Impro will be investing in its sales team to further empower its business development consultants to assist value-added resellers and distributors, but selling direct or changing its way to market is not on the cards.

Similarly, Impro’s South African manufacturing will continue as its efficiencies have given it a competitive advantage, even against countries renowned for cheap manufacturing. This while ensuring its products are able to stand up to the best in the world in terms of quality and reliability. In fact, the Impro factory already manufactures a number of products in South Africa that are sold by ASSA ABLOY companies (under their own brands) globally.

With a long history of innovation, and many employees who have been with the company for years (some over 20 years), Impro is set to take on the next decade with a focus on innovation and collaboration among its teams to develop the best products in the market. And while East is retiring from the company, he will not be retiring from business. He already has a new business opportunity in the pipeline which he will address after taking a break, although this will not be in the technology realm.

Impro Technologies has released the S-Series, a new range of hardware that seamlessly operates on the Access Portal management software. The S-Series is aimed at cost-sensitive markets and up to eight SIR readers can operate from a single module.

The simple plug-and-play design of the hardware ensures easy installation and the ability to hot-swap modules without impacting the system makes the maintenance of the series as simple as possible. The use of three-core cabling further reduces costs and installation time.

A key feature of the S-Series is the use of secure technology that provides enhanced protection against card cloning. Many traditional tag technologies have been compromised in the past, which can result in unauthorised users gaining access. With Impro’s 125 kHz RFID tags, this risk is reduced due to the proprietary communication protocol used.

The system further encrypts communication between the hardware components of the reader, module and controller for added security. End-of-line sensing provides additional protection against tampering with cables, and an alert can be automatically sent should an event occur.

Scalability is another feature of the S-Series as it can be used in businesses of all sizes, from two doors to over 2 000 doors. Installation flexibility is also ensured as the readers can be installed up to 150 m from the module, while controllers can be connected either via RS-485 or TCP/IP.

The system hardware comprises of a cluster controller, S4 reader module, SIR reader and S-Card encrypted tags. The software is either embedded in the controller or installed onto a PC/server depending on the installation size. 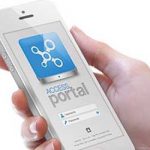 Keeping Ahead of the CompetitionImpro News 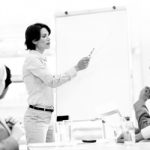 Training for your SuccessImpro News
We use cookies on our website to give you the most relevant experience by remembering your preferences. By clicking “Accept”, you consent to the use of ALL the cookies. However you may visit Cookie Settings to provide a controlled consent.
Change SettingsACCEPT
Cookie Settings +