Ticking all the boxes for UKZN’s access control needs

The University of KwaZulu-Natal (UKZN) on-boards approximately 9 000 new students each year across five campuses. The legacy access control system was suffering from increasingly limited support, both in terms of hardware and software, with maintenance becoming a pressing concern.

During the ‘FeesMustFall’ protest, the issue of student access control reached the board level and questions arose regarding the capabilities of the existing solution. Once a due diligence report was concluded, a number of reasons became apparent for considering a new solution. These included:

The solution
Impro Technologies’ Access Portal solution, coupled with HID’s R10 readers with next-generation Seos credential technology, offered secure open standards and met all the criteria outlined by UKZN. A magstripe was included for students to utilise other services with one card.

The adoption of new technologies such as virtual credentials and Mobile Access is also easily deployed through this solution.
Impro also offered certified training for all the university’s in-house staff members to ensure knowledge-sharing and rapid upskilling on the new system.

The results
The system, which was deployed in a phased approach to minimise disruption and reduce deployment costs, currently handles over 200 000 daily transactions and has resulted in an annual saving of over ZAR3-million for the university.

Impro’s Access Portal software allows extensive integrations with third-party systems, including UKZN’s student management system, as well as the student printing solution (follow-me-printing/release on demand). This system uses integrated readers in the multi-function devices and cash kiosks, so students can make payments into their account which are reflected as printing credits. Students are then able to use any printer in UKZN and release the document with their student card.

Access Portal is also the authoritative source for identity management when issuing and managing laptops to qualifying students; while an integration with Hikvision has resulted in the deployment of facial recognition in key areas through the university.

Another strong feature of Access Portal is threat-level, which enables the university to pre-set actions in an emergency. For example, all access points can be immediately locked down, with nobody able to enter or exit, or all points are opened to enable evacuation. Whatever the choice, it simply takes a mouse click and it’s done – a critical time saving in an emergency situation.

“Overall the project has been hailed as a success throughout the university, having met all objectives well within budget and timeframe, whilst ensuring the university has a solution that will grow with their needs and enable the adoption of new technologies long into the future.”

Copyright All Rights Reserved © 2017 - 2019
We use cookies on our website to give you the most relevant experience by remembering your preferences. By clicking “Accept”, you consent to the use of ALL the cookies. However you may visit Cookie Settings to provide a controlled consent.
Change SettingsACCEPT
Cookie Settings + 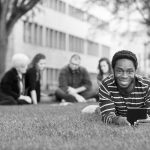